“How can I get press coverage?”

“How can I ensure that I get the best return on marketing investment (ROMI) with spectacular news reach across the whole globe?”

Both the questions lead to a common answer: Press Release.

A Press Release is a marketing collateral[1] that is an integral part of any public relations strategy of a business. 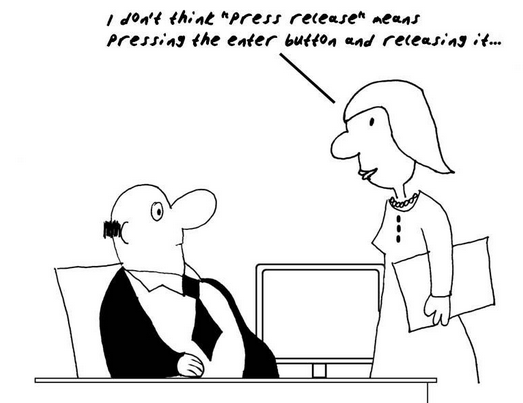 What is a Press Release?

A press release is an official (written or recorded) statement that a company makes to the news media, and beyond. We are talking about the same thing whether we call it a “press announcement,” a “press release,” or a “news release.”

It is a marketing tool used to increase the visibility of your brand, often via including links, which increases your rankings in search engines. It also gets published by high traffic websites thus creating a positive perception of your brand.

Initially, press releases were developed as a contact mechanism between company PR staff or public relations companies and the media. Yet now that online news outlets such as Yahoo News and Google News provide such an abundance of material from the press release and RSS makes it easy to syndicate news, press releases can effectively be used as a direct contact tool for customers.

Your browser sent a request that this server could not understand.
Size of a request header field exceeds server limit.

Your browser sent a request that this server could not understand.
Size of a request header field exceeds server limit.

This website uses cookies to improve your experience while you navigate through the website. Out of these cookies, the cookies that are categorized as necessary are stored on your browser as they are essential for the working of basic functionalities of the website. We also use third-party cookies that help us analyze and understand how you use this website. These cookies will be stored in your browser only with your consent. You also have the option to opt-out of these cookies. But opting out of some of these cookies may have an effect on your browsing experience.
Necessary Always Enabled
Necessary cookies are absolutely essential for the website to function properly. This category only includes cookies that ensures basic functionalities and security features of the website. These cookies do not store any personal information.
Non-necessary
Any cookies that may not be particularly necessary for the website to function and is used specifically to collect user personal data via analytics, ads, other embedded contents are termed as non-necessary cookies. It is mandatory to procure user consent prior to running these cookies on your website.
SAVE & ACCEPT
Generated by Feedzy